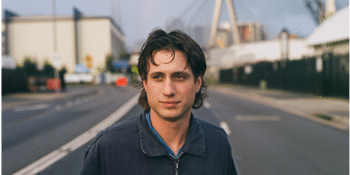 Narrabeen RSL (North Narrabeen, NSW)
Saturday, 29 January 2022 8:00 PM
3 days away
18 Plus
Music
Send this event to
Sydney’s Dominic Breen is thrilled to announce the Blue Volume tour, his first headline tour in support of his recently released debut album of the same name.

Breen’s debut album, Blue Volume, was co-produced with Tim Fitz (Middle Kids) and recorded in 2020 at a significant juncture in both their lives.

The album was released to considerable critical acclaim on October 1st 2021 and was awarded feature album by both the Australian Independent Records Association (AIR), and influential Sydney radio station 2SER. Singles from Blue Volume garnered strong radio support, being added to rotation on Double J and triple j Unearthed, Sydney’s FBi Radio and 2SER, as well as a slew of community radio stations across Australia.
---
VENUE ENTRY AND VACCINATION REQUIREMENTS
All persons attending Narrabeen RSL will be required to provide a legal form of photo identification, QR code sign in, sign in to the club as a temporary member and provide proof of vaccination and/or medical exemption.
Narrabeen RSL Board of Directors has unanimously voted to remain closed to unvaccinated people 18 years of age and over, unless they have medical documentation preventing them from being vaccinated. This will extend the ‘vaccinated only’ restrictions at the club until 31st January, 2022.
Regrettably, the venue understands that some members of our community will be disappointed by this decision, but believe it to be the correct option mindful of all the available information at hand.